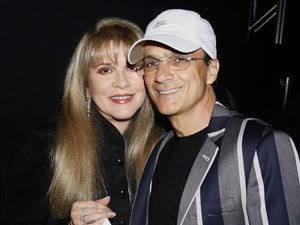 SANTA MONICA, CA — On October 15, Stevie performed at City of Hope’s “Spirit of Life” fundraising gala at the Santa Monica Pier in Santa Monica, CA., honoring Universal Music Group Chairman and CEO Doug Morris for his contributions to the community and music industry. The event also paid tribute to Motown. Stevie covered “Love Is Like an Itching in My Heart,” a song originally performed by the Supremes.

Morris received the 2008 Spirit of Life Award for this philanthropic efforts. The fundraising event raised nearly $10 million for the City of Hope cancer research and treatment center in the Los Angeles area.