If you were never much of a fan of the world-beating, Buckingham-Nicks version of Fleetwood Mac, Tango in the Night was the album that bore out all your reservations. Bland, self-indulgent, easy-listening, cold, clinical, calculating, mercenary: On the surface, especially in 1987, it was all of that where the band’s previous million-sellers hadn’t quite checked all the boxes.

Time and trends have been kind, though. Tango in the Night’s hits never really left the radio, becoming nearly as ubiquitous as those from Rumours. And a lot of what was previously dismissed as overproduction now simply sounds modern. Lindsey Buckingham, the band’s grand marshal, has been given his rightful place among rock’s bonafide Creative Geniuses. The climate is ripe for critical reassessment.

Fair enough, but let’s not get ahead of ourselves.

From a cynical perspective, Tango in the Night is the sound of a band doing exactly what it had to do in order to reclaim lost sales (the preceding Mirage and Tusk had sold mere millions rather than tens of millions), please record company execs and radio programmers alike, and keep pace with then-current trends.

The whole thing has a gauzy, digital coating that comes from a combination of cold professionalism and heavy reliance on technology. It’s all right there in the two most enduring radio hits, “Everywhere” and “Little Lies”. Both Christine McVie compositions, they are the very embodiment of adult-oriented, FM-radio easy listening. Where McVie’s previous unabashed love songs felt endearing and sweet, these feel slight and rote. McVie and her bandmates seem like mere vehicles that are necessary for the technology and production to flow through. To a cynic, “Everywhere” and “Little Lies” have stuck around for their utility. When there are no more FM radio stations or waiting rooms around not to offend anyone, they will finally go away.

Those specific hits are emblematic of the album as a whole. The other tracks are either second-tier versions of them or toned-down versions of Buckingham’s whimsical indulgences.

But it all works. Each track is so listenable, so much a ready-made, state-of-the-1987-art symbol of the Fleetwood Mac you know and love, that the whole collection takes on an additive power. Yes, this is Fleetwood-Mac-by-numbers, but it is the best Fleetwood-Mac-by-numbers you could possibly imagine. Which, even 30 years later, is preferable to a lot of other pap on the radio.

The project that became Tango in the Night began as a Lindsey Buckingham solo album, which is its saving grace. His arranging skills and attention to detail make the even boilerplate material interesting. Take away the twinkling harp on “Everywhere”, the tinkling xylophone on “Mystified”, or the sneering backing vocals on “Little Lies”, and the songs hardly demand to be heard twice, much less a hundred times.

Stevie Nicks did not have much involvement in Tango in the Night, as she was busy with her solo career and averse to recording in ex-lover Buckingham’s home studio. When she does show up, she sounds disheveled. This quality works to the band’s benefit on “If I See You Again”, one of those vulnerable Nicks ballads. When Buckingham takes the vocal at the end, it is easily the album’s most poignant moment for anyone familiar with the pair’s turbulent history.

For his part, Buckingham picks up the slack and delivers a solid set of songs. “Caroline” remains one of the most fun, sing-along-inducing melodies he has written. The sultry title track, while not subtle, features some of his most scorching guitar work. It also lends the album some much-needed dynamics. “You and I, Part II” is breezy yet laced with regret. In hindsight, it is easy to hear Buckingham trying out techniques that would serve him very well in his subsequent solo work.

This “30th Anniversary” edition of Tango in the Night has an excellent audio remaster to recommend it. It can’t remove some of the dated synth sounds, but it does get rid of a lot of that gauzy coating and add more dimension and definition. The second disc, with outtakes and demos, offers few revelations aside from a couple nice Buckingham/McVie tracks that were shelved. The Deluxe version adds 12” remixes from Arthur Baker, videos, hi-def audio, and vinyl.

Yes, on the surface Tango in the Night confirms every troubling notion about the world-beating version of Fleetwood Mac. But this well-done reissue also reaffirms a surprising number of the strengths that got them to that position. 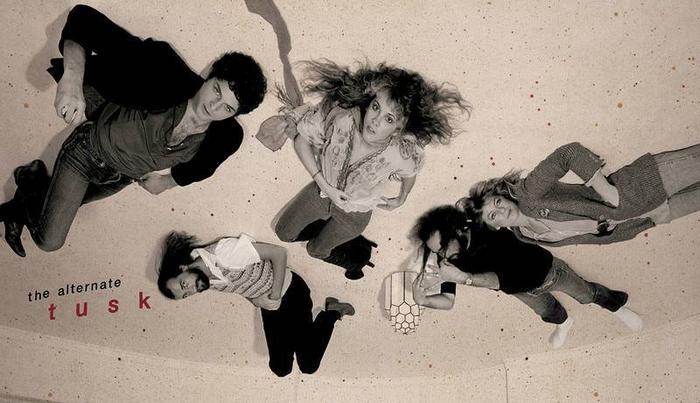