Stevie Nicks has been inducted into the 2019 Rock and Hall Rock of Fame. She is the first female artist to be inducted twice, her first induction as a member of Fleetwood Mac in 1998. Stevie received 427,844 votes in the fan voting, coming in second behind Def Leppard with 547,647 votes.

“To be recognized for my solo work makes me take a deep breath and smile. It’s a glorious feeling,” Stevie told Rolling Stone, who had proclaimed her “the reigning queen of rock and roll” back in 1981.

At the ceremony, Stevie will be inducted by One Direction’s Harry Styles.

Stevie joins fellow 2019 inductees The Cure, Def Leppard, Janet Jackson, Radiohead, Roxy Music, and The Zombies. The inductees will be honored at the Induction Ceremony on March 29th, 2019 at the Barclays Center in Brooklyn, NY.

CONGRATULATIONS TO STEVIE AND ALL OF THE 2019 INDUCTEES!!

I have a lot to say about this~ but I will save those words for later. For now I will just say, I have been in a band since 1968. To be recognized for my solo work makes me take a deep breath and smile. It's a glorious feeling. @rockhall pic.twitter.com/aNofFoG6eC 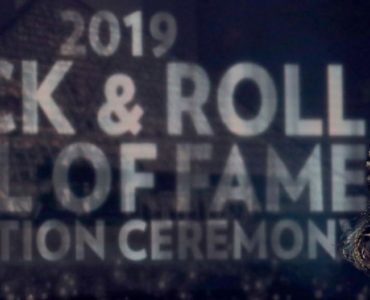