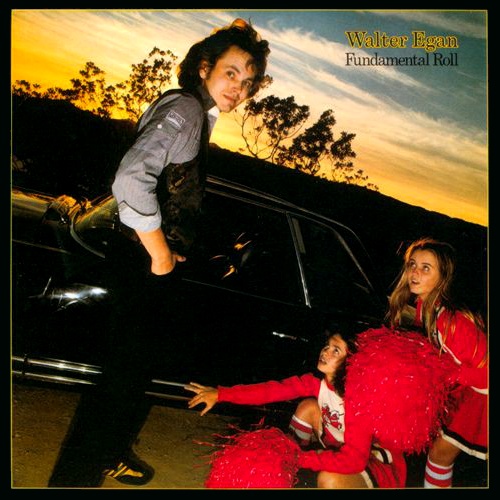 If there’s any doubt about about who controls Fleetwood Mac, listen to Fundamental Roll, which Stevie Nicks and Lindsey Buckingham helped produce, and on which Nicks appears intermittently throughout as backup vocalist. Pure Son of Rumours.

Despite the similarities, which include a Buddy Holly fixation and superb harmony singing, Egan isn’t a copyist. His voice is closest to the warmth of Eric Clapton’s and his music rocks much harder than Fleetwood Mac’s, but without the fluidity Mick Fleetwood and John McVie bring to that group. But then, Egan isn’t resolving revolving-door romances. His concerns are more basic; he just want to sate his unrequittedness. So he’s alternatively wistful (“Only the Lucky,” “She’s So Tough”), aggressive (“When I Get My Wheels,” his most perfect approximation of Buddy Holly), and simply confused (“Won’t You Say You Will,” “Where’s the Party,” “Surfin’ and Drivin'”). Nicks rocks much harder here, as though to second the emotions, and there are undercurrents of deeper desires — Egan is almost as hungry for stardom as sex and thrills.

The problem is that the writing is immature. If the obsession with lost lovers make Fleetwood Mac seem somewhat claustrophobic, Egan’s yearning for fame, girls and kicks is too frequently just plain childish. (The album cover unfortunately exploits this.) Seasoning is probably all Egan needs to overcome this, but Fundamental Roll is probably going to thrust him so suddenly into the spotlight that he may not get the time he needs to develop.