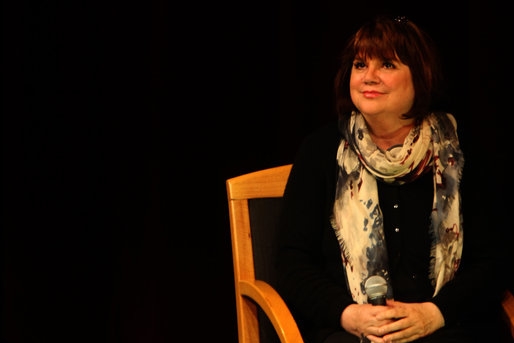 Stevie Nicks, Bonnie Raitt, Emmylou Harris, Sheryl Crow and Carrie Underwood will come together to salute Linda Ronstadt upon her induction into the Rock and Roll Hall of Fame on April 10 in New York, while Bruce Springsteen, Glenn Frey, Questlove, Coldplay’s Chris Martin, Michael Stipe and Tom Morello will be among the performers and presenters on hand to welcome in the other 2014 inductees.

Ronstadt, citing health issues related to her Parkinson’s disease, will not attend the event and is among three of this year’s Rock Hall class not scheduled to perform.

“It’s something I never gave one thought to,” Ronstadt told The Times last week. “It wasn’t on my radar screen. Other people seemed to be way more interested in it than I am. It’s like other awards that have come my way: I’m delighted to get them and I’ve very grateful, but I didn’t work in music for that reason.” She revealed last year that Parkinson’s had rendered her unable to sing.

KISS also has opted not to play because of a disagreement with Rock Hall officials over which band members would be inducted, and Nirvana, which will be inducted by R.E.M. singer Stipe, also is not slated to perform absent lead singer Kurt Cobain, who died in 1994.

Gabriel, Yusuf, Hall & Oates, and the E Street Band will play at the ceremony, being held this year for the first time in Brooklyn at the Barclays Center sports arena.

Martin has been tapped to induct Gabriel, the Roots’ Questlove is inducting Hall & Oates, Rage Against the Machine/Nightwatchman singer-songwriter-guitarist Morello will do the honors for KISS and Frey, who worked as a backup singer for Ronstadt before he and Don Henley broke out of her band to form the Eagles, will handle the welcoming speech for their former boss. It has not been announced who will induct Yusuf.

Highlights from this year’s event are scheduled to be cablecast at 9 p.m. Pacific and Eastern time on May 31 on HBO.