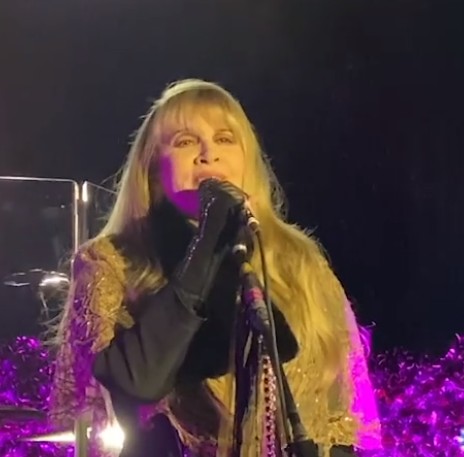 Sean Parker celebrated his 40th birthday with an epic bash featuring a performance from Stevie Nicks (Dec. 16). And whereas Parker’s legendary wedding had a Lord of the Rings theme in 2013, this time around guests were invited to an ­“immersive, inter-dimensional world” with the dress code billed as “whimsical (past, present or future).”

Click on the arrow icon on the right side of the picture below to see clips of Stevie’s performance.

We’re all ⭐️ now. In the drone show. @stevienicks is a national treasure who should have secret service protection. What an incredible MONDAY night. Happy Birthday @alexandra.lenas.parker and Sean 🙏🏼

Parker and wife Alexandra Lenas, who have two young kids, dubbed the party a fun “joint 70th” we’re told. (Lenas turns 30 in May.)

Pals were invited to the party at the couple’s California home on Monday with a note featuring a quote from William Blake, that read: “If the doors of perception were cleansed, every thing would appear to man as it is, Infinite.”

Yael posted a photo on Instagram of her and her music-manager hubby in white costumes, writing: “When your friends ask you to dress up for their joint 70th, you dress the F up.”

It still doesn’t match the Parkers’ infamous wedding in Big Sur, Calif., which prompted controversy when a local conservation group complained that the ceremony had caused environmental damage.

Parker, the co-founder of Napster, who was played by Justin Timberlake in the film The Social Network, canceled his honeymoon to deal with the fallout and paid $1 million to the California Conservation Corps, alongside $1.5 million to help build campgrounds for underprivileged children.

Parker added at the time: “The ceremony was spiritual, intimate and private — really only intended for our friends and family. We did not want this media spectacle because we felt it would compromise the very essence of what we were trying to communicate.”