On October 3, 2022, Stevie Nicks performed at the Hollywood Bowl in Los Angeles, with 17,000 attending the sold-out concert.

Being a high-profile show, many of Stevie’s friends, family, and colleagues were also in the audience, such as producer Jimmy Iovine, fashion designer Margi Kent, and Fleetwood Mac bassist John McVie and his daughter Molly. Stevie acknowledged and gestured towards John and Molly at the end of “Landslide.”

Fittingly, Stevie dedicated “Wild Heart” to outspoken comedian Kathy Griffin, saying “Kathy Griffin, this is for you.” Kathy reacted on Twitter, gushing, “OMG! OMG! YOU GUYS! WHAT JUST HAPPENED?! I about fell out of my seat when my pal @StevieNicks dedicated ‘Wild Heart’ to me at the Hollywood Bowl!”

Percussionist Taku Hirano, who toured with Fleetwood Mac on their 2003 Say Will You tour, was at Monday night’s show. “It warmed my heart to see the Queen and my touring family perform last night at the Bowl. ” Taku wrote on Facebook. “She’s still kicking ass (of course 👢), singing like a bird (white winged dove? 🕊) and touching people. 🖤 Love it!”

Special thanks to sgwarner, fortheloveofrock, and barry king for sharing your videos!

Stop Draggin’ My Heart Around (sgwarner)

For What It’s Worth (sgwarner) 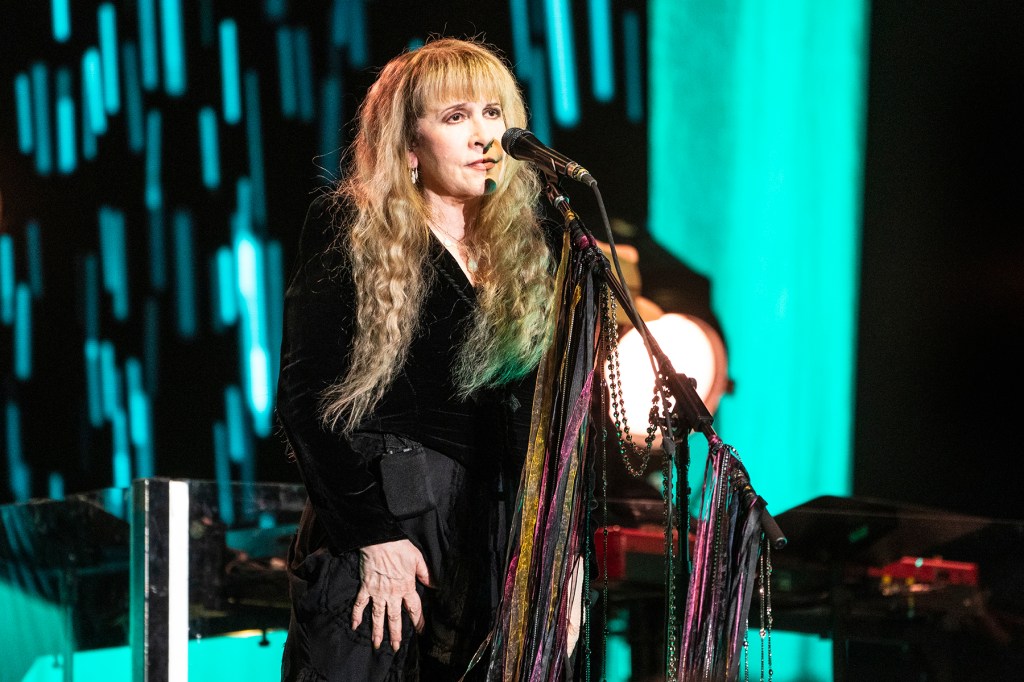 Stevie Nicks, timeless as ever at Hollywood Bowl (Rolling Stone)
The iconic singer’s performance was full of classic hits, touching tributes, and yes, lots of shawls. Stevie Nicks enchants at Hollywood Bowl (Music Universe)
Nicks performed to a sold out crowd of more than 17,000 in the hills of Los Angeles on a cool autumn night on October 3rd.