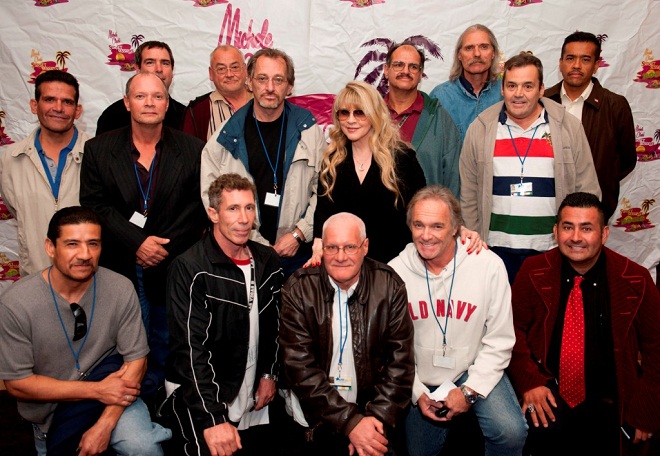 Dave StewartStevie Nicks: In Your Dreams (2012)

For the first time in the event’s 15 year history, the general public was able to attend Sunset Sessions’ Main Stage performances.  All three nights of these performances started at the Boulevard Pool and featured dozens of exciting up-and-coming artists, including headlining performances by Steve Earle on Nov. 8 and Duncan Sheik on Nov. 9.   During the final night of Main Stage performances on Nov. 10, eight bands performed including Cheating Daylight, Beware of Darkness and Tyler Bryant, capped off by a headlining set by Lit.  All proceeds from tickets to these performances will be donated to several nonprofit organizations, including Communities In Schools of Nevada, Three Square and Opportunity Village, as well as The Recording Academy’s own MusiCares.

In addition to the Main Stage performances, several exclusive events were held throughout the resort for invited music industry professionals.  On Nov. 8, a Q&A panel was held with the legendary Carlos Santana, where the intimate crowd was treated to a sampling of sound bites from his new album. Santana also discussed where he gets his inspiration and the legacy he hopes to leave behind for music fans.

On Nov. 9, Stevie Nicks and Dave Stewart hosted a special screening of “In Your Dreams,” a film the pair directed together, followed by a rousing Q&A discussion. Several dozen veterans and active duty military were invited to attend the event as Stevie shared her personal inspiration for the film and discussed her lengthy career.