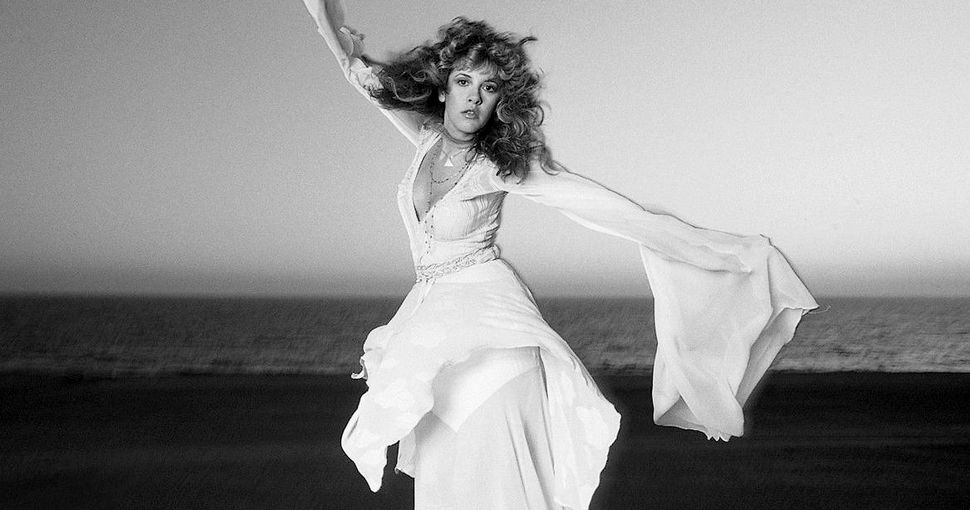 Packed with radio-friendly tracks, Bella Donna spawned four Top 40 singles: “Stop Draggin’ My Heart Around” (with Tom Petty & The Heartbreakers) (#3), “Leather and Lace” (with Don Henley) (#6), “Edge of Seventeen” (#11), and “After the Glitter Fades” (#32) To date, Bella Donna has sold than 5 million copies in the United States and Canada and 10 million copies worldwide. In 1982, Nicks earned two Grammy nominations for Best Rock Vocal Female for “Edge of Seventeen”; and Best Rock Vocal Group for “Stop Draggin’ My Heart Around.”

Nicks supported the release of Bella Donna with a short 10-date national tour, dubbed “The White Winged Dove Tour.” The tour culminated with a series of concerts at the iconic Wiltern Theatre in Los Angeles, parts of which were later broadcast on HBO and NBC Radio. Nicks created one of the strongest set lists of her touring career, performing an unprecedented 8 tracks from a single album (Bella Donna); Fleetwood Mac classics “Dreams,” “Sara,” “Rhiannon,” and “Gold Dust Woman”; high-level deep cuts “Blue Lamp” and “Gold and Braid”; and even a Tom Petty cover, “I Need to Know.”

Nicks began her mission to launch a solo career in the late 1970s, planning the ambitious career move with record executives Paul Fishkin, Danny Goldberg, and Doug Morris. “I had all these tunes stored up,” Nicks explained. “I really needed to know that I could do something on my own” (People, 1982).

Along the way, the Nicks A-team recruited Tom-Petty-producer Jimmy Iovine, who enlisted Petty and the rest of his band The Heartbreakers to play on Nicks’ record. Nicks rounded our her band with backup singers Sharon Celani and Lori Nicks, who remain dear friends and loyal bandmates to this day.

“I was particularly nervous about making this album,” Nicks revealed, “because I knew I wouldn’t have [the four other members of Fleetwood Mac] to blame if it didn’t do well. Fortunately, I had great people to work with who encouraged me constantly” (BAM, 1981).

Thirty-five years later, Bella Donna stands as Stevie Nicks’ most important recording, with timeless songs that continue to inspire and move generations of listeners. Fans would heartily agree “the feeling remains even after the glitter fades.”