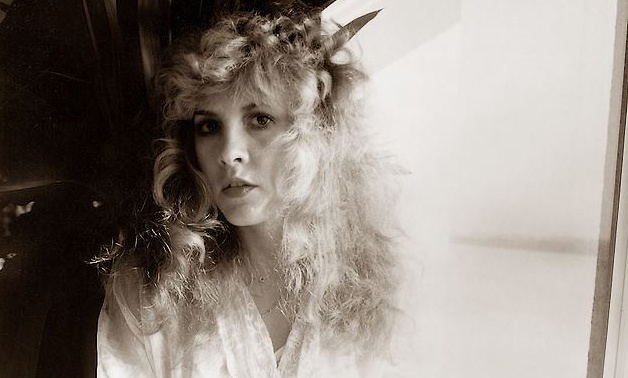 ArticlesRock and Roll Hall of Fame

As of this Friday (March 29), Stevie Nicks will have the honor of two spots in the Rock and Roll Hall of Fame — but to hear her tell it, one small step is not a giant leap for womankind. “It’s 22 to zero,” she deadpanned to Rolling Stone in 2019. “Twenty-two guys who have gone in twice to zero women. So maybe this will open the doors for women to fight to make their own music.”

If the music industry has a long way to go for equal gender representation, we’re lucky to have Nicks leading the charge. Fleetwood Mac began as a blues-rock boys’ club in 1967 — but conquered the world in the 1970s with powerful songwriters of both sexes.

Fleetwood Mac’s internal disharmony made the Mac a less-than-utopian ideal — to graph out their various interband trysts would be to weave a tangled web. But crank up their still-intoxicating “Go Your Own Way,” “Dreams” or “Rhiannon,” and for a moment, you believe. She proved she didn’t need the boys to achieve commercial success in her own right, topping the Billboard 200 with solo debut Bella Donna in 1981 and continuing to release hit albums throughout the ’80s. She never stopped making great music: earthy later albums like 2001’s Trouble in Shangri-La and 2011’s In Your Dreams stand among her finest work.

Many rockers of her generation are on the final legs of their farewell tours; she’s still slugging it out on the road with an updated Fleetwood Mac. Still, she knows what she’ll do when she finally hangs up her shawls. “I will fall to my knees on my cushy white rug and look out at the ocean and go, ‘I am finally free,’” she told Rolling Stone. But she’s still onstage, casting her singular spell — one that’s landing her in the Rock Hall one more time.

In honor of her second induction into the Rock and Roll Hall of Fame, here are her 10 greatest solo cuts, ranked. (Her 1981 duet with Tom Petty, “Stop Draggin’ My Heart Around,” is excluded from this list because she wasn’t involved in the writing.)

The Wild Heart is Nicks’ most opulent album — and for its final track, “Beauty and the Beast,” she pulled out all the stops. The tune was to be recorded live with a symphony orchestra and grand piano; she and the background singers wore long, black gowns and served champagne to a throng of guests. (“It was like we had gone back in time,” said Nicks.) The song itself flips the Jean Cocteau film into a long, languorous ballad about the shackles of time and the meaning of love. In spite of itself, “Beauty and the Beast” works. Leave it to Stevie.

Originally a demo from the Rumours days, “Planets of the Universe” confronts a heavy subject: her publicly doomed relationship with Lindsey Buckingham. Nicks doesn’t deal in crocodile tears, but celestial language. “The planets of the universe go their way / Not astounded by the sun or moon,” she sings, as if breaking up can be chalked up to Newton’s law of universal gravitation. Few writers are this unafraid of changing.

Fleetwood Mac stretched out and got weirder in the early 1980s, but Nicks was busy kicking up some new-wave dust on her solo albums. (She barely appeared on Tango in the Night.) “Stand Back,” a loving rip of Prince’s “Little Red Corvette” she wrote after her wedding to Kim Anderson, is a funky, infectious example of this, with the newlywed Gold Dust Woman purring like a cat over period synth arpeggios.

Recorded during her exit from Fleetwood Mac and in the throes of a nasty Klonopin addiction, Street Angel is her least-loved LP by some margin, stalling out at No. 45 on the Billboard 200. Shame, since it features “Blue Denim,” which captures Nicks beautifully in her element even as it evokes Chrissie Hynde. “It’s a song about this guy who came into my life, but left just as quick,” she told WDVE, referring to Buckingham. “And his eyes were that intense.” The music is just as bedazzling.

Stevie Nicks - For What It's Worth (Official Music Video)
YouTube

In Your Dreams is Nicks’ version of James Taylor’s October Road, Graham Nash’s This Path Tonight or Van Morrison’s Keep Me Singing: rich, autumnal listens in which a 1970s troubadour audited their history from the vantage point of a new millennium. “For What It’s Worth” is a touching tribute to Tom Petty, and the gem of the bunch. “What you did was you saved my life / I won’t forget it,” she sings, referring to a tour with the Heartbreakers. The song vaulted to No. 26 on the Adult Contemporary chart.

In the early 1980s, Nicks romanced British music producer Rupert Hine; instead of just exchanging numbers, the two headed to a Dutch castle on top of a mountain. “We made an agreement to make a magic album,” said Nicks of this unconventional courtship. Their collaboration was “Rooms on Fire,” a spectral jam about being spellbound by a lover in the halls of a candlelit palace. Few songs feature so many windchimes.

In 1974, Joe Walsh tasted tragedy. His daughter, Emma, was involved in a car accident, passing away at only three years old. A decade later, Walsh and Nicks drove through the mountains of Colorado together; when Nicks complained about a trivial matter from the shotgun seat, Walsh responded by talking about Emma’s death. This knee-wobbling shift in perspective produced “Has Anyone Ever Written Anything For You?”, one of Nicks’ most beautiful ballads. It’s a tribute to Walsh, Emma and anyone who ended up without a song.

“If Anyone Falls” constructs a vivid, three-dimensional scene of bodies in space. There’s Nicks, ear pressed against a wall listening to a man’s voice. (“Feels good, sounds good,” she sings.) Until she hears another voice through the door — a man’s, and it throws Nicks for a loop. “There was a time in which I was falling out of one love and into another,” explained Nicks, remembering her moving on from Walsh to musician Waddy Wachtel. Like the Pixar film Inside Out, in which emotions are given personhood and personalities in a girl’s mind, “If Anyone Falls” lets Nicks’ romantic hang-ups play out in a theater of the mind. Only she could pull it off.

Ever inspired by conversational minutiae, Nicks caught one of her greatest songs from a chat with Tom Petty’s wife, Jane. When she mentioned she met her husband “at the age of seventeen,” Nicks misheard “edge of seventeen.” With one slip-up, she was off to the races. She took the phrase to not just mean coming of age, but the enormity of death: her uncle Jonathan had recently died of colon cancer, her colleague John Lennon shot and killed. “The white-winged dove in the song is a spirit that is leaving a body,” she told Rolling Stone. “I felt a great loss at how both Johns were taken.” The result is the greatest, most distinctive rocker she ever penned; its tense 16th notes, uneasy bass line and ascending piano line will lift you to that same heavenly plane.

No Nicks song captures her voice like “After the Glitter Fades.” It begins ruefully looking out from the Hollywood Hills — she “never thought she’d make it” in Tinseltown. She considers King Midas: when did his golden creations lose their luster? A lonesome pedal steel curlicues like a question mark. It soundtracked a real-life memory. Nicks wrote “Glitter” in 1972, before she joined Fleetwood Mac. She wasn’t sure she could make it in music. She was fed up trying. Of course, we know how this story ends — but Nicks’ weariness still rings true. “Glitter” speaks to the end of fame, of showbiz, of everything. It’s why we love Nicks. Her songs never claimed that life was hunky-dory; they’re about how life goes on. We can all relate. This glitter hasn’t faded.