Stevie Nicks opened her fall 2022 tour at the Jazz Aspen Snowmass, closing out the three-day festival as Sunday night’s headliner. Looking radiant with brand new curls, Stevie played a full set of her solo and Fleetwood Mac classics. In between songs, she was chatty and told fun stories about her past visits to Aspen, such as the time she took skiing lessons there in 1977.

Stevie added one new song to the set list, a cover of Buffalo Springfield’s “For What It’s Worth.” (See the full set list below.) She said that she fell in love with the song the first time she heard it on the radio in the late 1960s. (It likely inspired the title her own song of the same name from 2011’s In Your Dreams (2011).) She also dropped news that she recorded her own version of the Stephen Stills (Crosby, Stills & Nash) classic, which will be released “in a couple of weeks.” Flattered by Stevie’s cover, Stills later tweeted his appreciation. Can you blame him? Whenever Stevie covers another artist’s song, there’s an immediate bump in interest in the original song and, of course, streaming revenue for the songwriter. Everybody wins!

Here are transcriptions of some of stories that Stevie told.

Special thanks to Joni Decker for sharing the videos!

“I’m trying to tell less stories in my career after not playing for really three years. But I have to tell you this one story because it’s really important and it’s about you.

“So in 1977, me and brother and his girlfriend Christy, we decided to come to Aspen/Snowmass, so that my brother could ski. And Christy and I were gonna like sit in the hotel in front of the fire and drink — for months. It was really an expensive place where we were staying, and I had only been rich for a year and a half, so I was still my frugal cleaning lady self. So my brother says to me, ‘Okay, I’m going skiing.’ So out he went, and he comes back. He has broken his leg, really broken it, like badly. He’s not a pleasant person most of the times anyway so he was really not pleasant now. He’s all, ‘I broke my leg, so guess what? We’re not wasting this, you and Christy are gonna learn to ski.’ And so we did.

“For one month in Snowmass, Colorado, meet up with an Olympic ski teacher at 8:30 in the morning — God-awful 8:30 in the morning. My brother would play ‘Do You Think I’m Sexy?’ by Rod Stewart as loud as he could. At 6:30, we would drive there, meet up with our teacher. And by the time we left there, my friend Christy actually got a little sick, so we never got to get poled because we learned on the graduated legs, whatever it is, little tiny skis. But we were flying down the hill. I loved it! I thought, this could be my new calling.

“So anyway, what happened was — this will make you sad or maybe even cry — Christy went on to become a really good skier, Christopher was already a good skier, and Stevie never skied again. However, my teacher told me I had excellent technique and could be a very good skier, so I live with that. Learned it in Snowmass. That’s my Snowmass story. Thank you for that.

“So here we go on and the next song just happens to be ‘If Anyone Falls.’ I don’t think I ever fell. So here we go.”

Stop Draggin’ My Heart Around

For What It’s Worth

“This song came on the radio and I… Really, this was when I was in a band with Lindsey, and it’s like we didn’t know. I mean, is this gonna work, maybe, who knew? So anyway, this song, I loved it. But I said in my mind, someday I’m gonna record that song, because I always wanted to look at the glass half full, right? So this song became, then, slightly political, but not really, and I was like really not political so I just loved the song.

So anyway,  I recorded it, and you’ll hear it because it’s gonna come out in just a couple of weeks. And really my message with doing this song is just everybody if you can when it comes around to the time for us all to vote, please vote because it’s important because we can. And even I, who didn’t vote for, you know, like I don’t know like 30 years, I mean, because I was what? Too busy, and I was just too busy so I didn’t. So I’m telling you, it would be a great thing. You would be proud of yourself; please vote. This song, written by Stephen Stills of Crosby, Stills & Nash, ‘For What It’s Worth.'”

“I’d like to dedicate this next song to this great man, who is a cardiologist in Los Angeles, who has a home here. At some point in my life, you might all want to do this too, I’m one of those people that reads really high when it comes to cholesterol and had to take that horrible drug, Lipitor [statin], for five years and [it] nearly killed me. And then Dr. Freedman did this test and said, ‘You just read high. You don’t have high cholesterol. You have no cholesterol, or plaque, or anything, so you can go off all of those drugs.’ CAN WE JUST HAVE ONE BIG WOO-HOO FOR DR. FREEDMAN? YES! Changed my life. Thank you, Doctor. This is for you, and it’s called ‘Landslide'”

Stevie Nicks walked out onto the stage on Sunday night like a ravishing, witchy goddess, who immediately left everyone awe-struck by her presence alone. At 74 years old, still touring and sounding terrific, she is truly a legend, and it was an honor to have seen her perform live. Nicks reaffirmed her status as one of the greats by performing songs from both her solo career and Fleetwood Mac while captivating an audience filled with several generations of fans. Her melodic, dreamy movements breezed across the stage, while her mic stand (filled with scarves and a tambourine) stood majestically on stage like a relic from the 1970s.

Nicks gazed out beyond the crowd and was struck by a memory that immediately hushed the crowd and made all heads turn. Nostalgically, she recalled her time spent in Aspen that inspired the iconic song “Landslide.” She was emotional while discussing this memory, her eyes at times filling with tears. The moment she started sharing this story also happened to be the moment that my phone died. Initially seen as an issue because I couldn’t take a video of this heart-felt song on my phone, I eventually came to realize that it was much more special this way. It was enough to just be fully in the moment and present with her alluring words and dazzling presence.

I’m having serious music withdrawals as I sit down to write this after an outrageously fun weekend. This festival filled me up in a way that few other things in life do. The whole time, I knew I was right where I needed to be, and I never wanted the weekend to end. With every high there is a low, and a concert high from live music is no exception. Some people feel it more than others, but there’s no denying that everyone feels the brutal comedown after the music comes to a crashing halt. Until the next enchanting concert, I guess I’ll have to rely on car jams with good friends and house parties with great playlists. Alexa, play Chris Stapleton!

I just saw Stevie Nicks in concert tonight. It doesn’t even feel real. She looks and sounds incredible pic.twitter.com/V3v3Valng5

I got a video of Stevie Nicks singing Stand Back yesterday, my God, I'm very happy 😭🤍 pic.twitter.com/nctIiTGylc 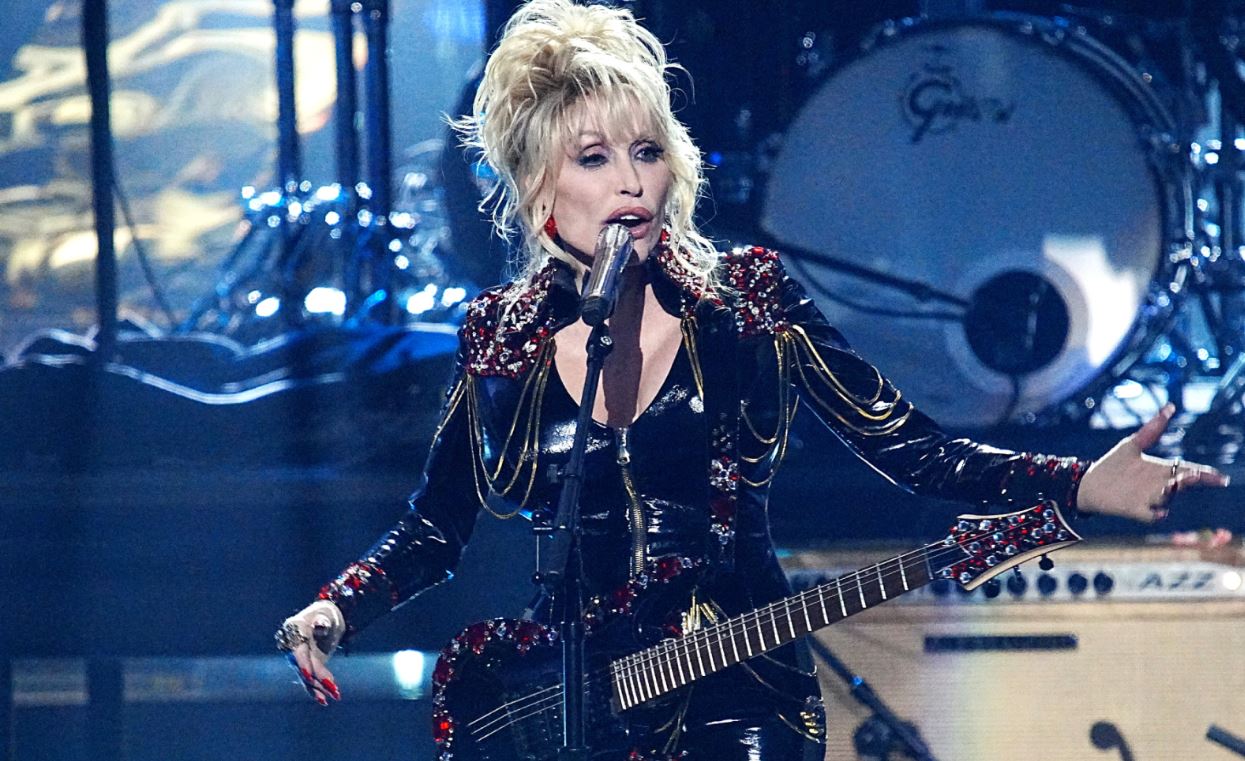 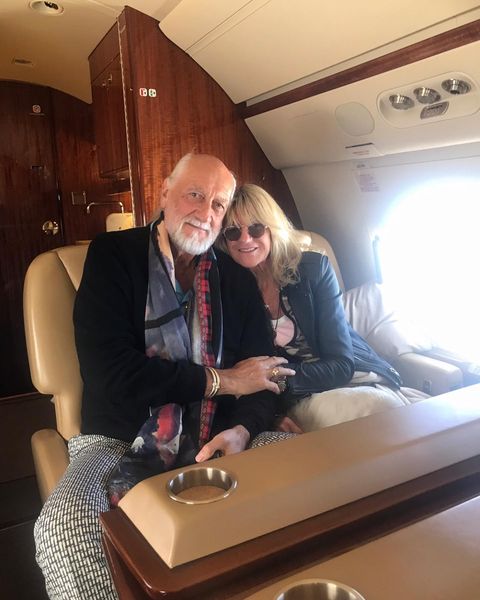